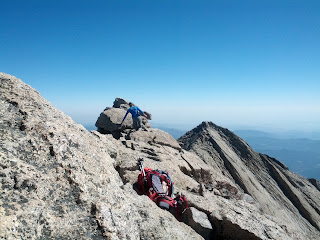 After a summer of running and a couple trips to Rocky Mountain National Park, I felt like I was ready to climb Mt. Meeker. I didn't want to climb it alone, but luckily one of our new doctoral students, Elizabeth Schlessman, wanted to climb Meeker, too. Knowing the peak of fall weather was at hand, we set out on a beautiful Saturday to see if we could summit Longs's nearest neighbor. 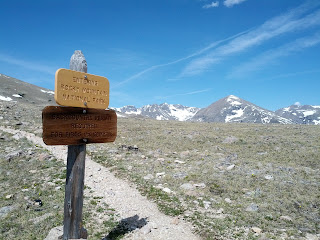 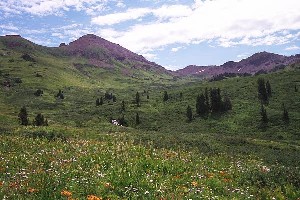 My "Southern Sawatch" trip included climbs of Mt. Antero (14,269'), Mt. Princeton (14,197'), and Mt. Shavano (14,229'), three of the four southernmost fourteeners in Colorado's mighty Sawatch Range.  (The fourth is Tabeguache Peak...you'll have to read why I missed that one.) Aside from the mountain peaks, there were some other great experiences - a hike through the wildflowers to West Maroon Pass, getting a taste of the American southwest in the four-corners area, the Great Sand Dunes, and then some rest and relaxation in Fort Collins before heading home. 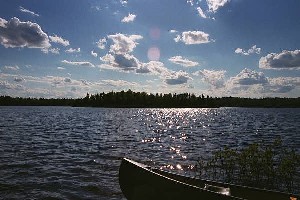 The Boundary Waters Canoe Area Wilderness of northern Minnesota is a special place, and this was a special trip for several reasons. It was a opportunity to go to the BWCAW for the first time since 1995, and a chance to go with two good friends, Jon Lehtola and his dad Jerry. We set our sights on Lake Tuscarora, the homestead site of Jon's great-great grandfather. After some time in the wilderness we topped off the trip with an evening paddling some laps on Lake Superior. 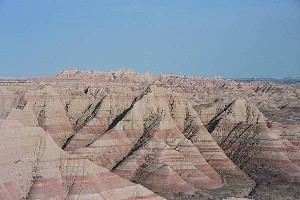 If only all class field trips could be like this... My advisor taught a class on quaternary environments and landforms which included a trip to Wyoming. (The quaternary is the last 1.6 million years or so, including the last ice age until the present.) Even though I wasn't in the class, I was able to tag along and do some hands-on learning with 8 other geography and geology students. I really enjoyed travelling in May - no crowds, more snow, and cool mountain air. We spent a great deal of our time in the van, but the highlights of the trip were the South Dakota Badlands, Wyoming's Wind River Range, the Tetons, and Yellowstone. 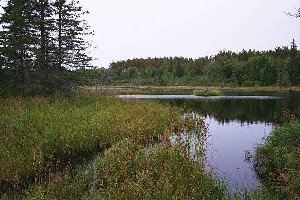 There isn't much to say about this trip, and that's probably what I really liked about it.  It was just 2 friends having fun on a trail for 5 days.  We moved at a relaxing pace and enjoyed the solitude of the Minnesota North Shore.  The world would be a better place if everbody took a trip like this. 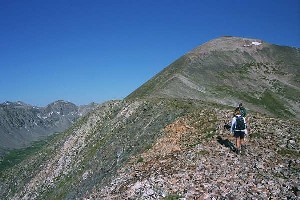 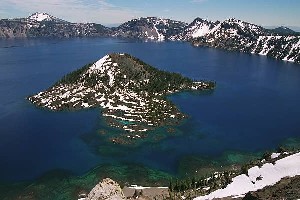 A family vacation and climbing trip wrapped into one!  My mom was born and raised in Oregon, so our family has made many trips out west during my life.  This one stands out for several reasons - I saw much more of Oregon than on previous trips, I climbed Mt. Hood (11,240'), and my sister and I traveled together, seperate from our parents.  Oregon is a diverse and beautiful landscape, and I think I saw it all, from the high desert to the Pacific Ocean. 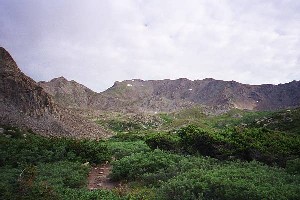 If there was one mountain that hooked me on climbing, it was Mt. Harvard.  To most people Mt. Harvard probably isn't anything special - it's Colorado's third highest peak at 14,420 feet, located in the middle of the Sawatch Range. The year before we had all prepared to climb it but never got the chance. I had a great view of it from the top of Mt. Belford, Harvard's neighbor to the north, and I knew I'd be back to climb it someday. 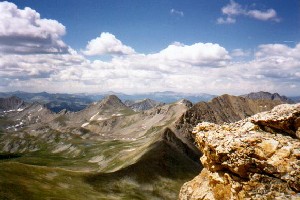 This event has become known simply as "The Trip" for all those who were involved. Dr. Rick Stinchfield offered "Wildness and Wilderness" as a Presidential Scholars seminar and I jumped at the chance to participate. I, along with 9 other scholars plus Rick, his wife Lynne, and his daughters Holly and Ginger, learned about environmental issues of the American west then set out on a 23-day trip. The combination of people+place+experience was unmatched for many of us, and all of us came away from the trip having learned some of the most important lessons of all - lessons about ourselves. 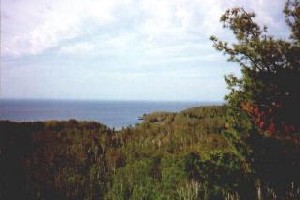 Although I had plenty of camping and outdoor experience (maybe a couple hundred nights of camping and three canoe trips to the Boundary Waters), I had never really tested myself on a trail. I joined my old scouting buddy Jon Lehtola and several others for a hike along the Superior Hiking Trail along Lake Superior in Minnesota.  Like most "first" trips, we did a lot of things wrong - we hiked too far some days and not far enough on others, we carried too much food, and we didn't really work as a cohesive group. Oh well, it was still an enjoyable trip and Jon and I knew then, despite the punishment we had just taken, that we'd be back for more.

The first president I ever knew was Ronald Reagan, so his death today and the accompanying media coverage held my interest for most of the day. I don't know where I place him on the list of great presidents, but he certainly had some admirable qualities - the eloquence, the charm, the humor, and the ability to get Americans to believe in their country. I've recently read some about Watergate, and am currently reading David Gergen's Eyewitness to Power , and am gaining a better understanding of those times and how Americans had lost faith in their leaders. Reagan's stability and longevity in office helped restore confidence in the system, even for those who didn't believe in his policies. I expected to spend most of the day watching D-Day specials. I remember the 50th anniversary of D-Day, but with this, the 60th anniversary, and the recent dedication of the World War II Memorial, I'm enjoying the focus we seem to be placing on those WWII vets still with
Read more

I've never been real big on entering NCAA basketball tournament pools. I know some people who do a ton of research and enter dozens of brackets. I entered two brackets a couple years ago and won, so I figure my luck has run out and there is no need to ever enter another. But it's still fun to fill out a bracket and follow along, even if there isn't anything at stake. Here's all you need to know about my NCAA tournament bracket . First, I'm a fan of college basketball, but I don't watch a ton of it. I usually only watch if it involves Kansas, my favorite team. Occasionally I'll watch an Iowa game, but beyond that I don't see much. Second, because I'm a Kansas fan, I'll root for them and many of the teams that I've seen them play. And that's about it - no specific research, RPI ratings, history of past matchups...none of that extra stuff. I guess all I can say is, "Go Jayhawks!"
Read more